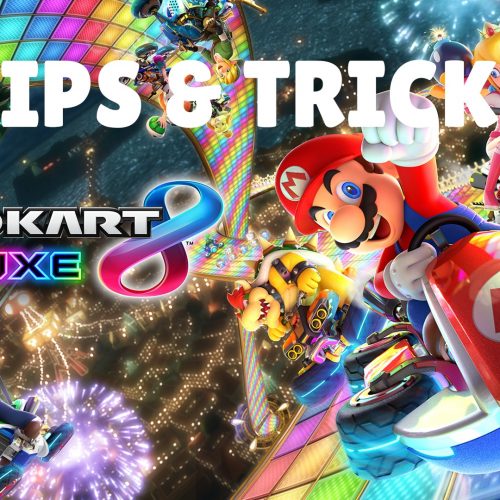 Mario Kart 8 Deluxe was released just over 4 years ago now, but it still remains one of the most popular Nintendo games around with tens of thousands of people flooding into the online servers daily for some races.

Were you the best at Mario Kart Wii back in the day but now struggle to keep up in Mario Kart 8 Deluxe? If so, then be sure to keep reading, as we’re going to go over some tips and strategies that’ll help you improve and win races more often. Let’s get straight into it.

Understanding drifting is the key to success in Mario Kart 8 Deluxe because it lets you get around corners faster and gives you a bunch of much-needed speed boosts. It takes some practice to get the timing right every time, but in general, you want to start your drift before you turn and use the joystick to adjust your trajectory as you go around the bend.

In terms of speed boosts, there are three types based on the color of sparks you get coming off your wheels during your drift: blue, orange, and purple. The longer you drift, the better the boost you get, with purple sparks being the best.

Drift boosts aren’t the only boost you can get in Mario Kart 8 Deluxe! There are three other main ones which we’ll talk about now.

Once you master all of these different boosts and start pulling them off consistently, you’ll be zooming ahead in your races, so get practicing!

Next, let’s talk about coins. Coins aren’t just used to unlock new kart parts in Mario Kart 8 Deluxe, they’re actually super useful during the race for two reasons. Firstly, coins give you a small speed boost when collected, and secondly, they increase your top speed (capped at 10 coins). These things may seem small and insignificant, but any advantage you can get over your opponents is invaluable in this game, so be sure to collect those coins. And hey, even if you don’t win, you’ll at least be unlocking new kart pieces along the way!

Finally, let’s list out a few miscellaneous tips that are useful to know when racing:

Hopefully you’ve learned something new today that you can apply to your games to be the best racer you can be. With a little bit of practice, you’ll get the hang of things in no time. Good luck out there!