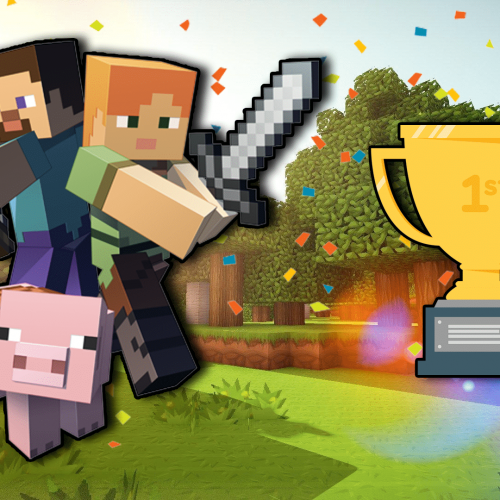 Why Minecraft Is STILL the Most Popular Game Around in 2022!

Minecraft was released way back in 2011, and since then, it’s become the best-selling game in the entire world. At 238 million sales and counting, it has surpassed Tetris, Pac-Man, Super Mario Bros., and even Grand Theft Auto V, but what is it about this game that made it so popular? Today, we’re going to be exploring that question, so if you’re curious about the never-ending hype surrounding Minecraft, then be sure to stick around.

Let’s get straight to it.

The beauty of Minecraft is that it caters to gamers of all levels, regardless of skill or experience. With a range of difficulty settings and things to do, the game can be as simple or as complicated as you want it to be, and that freedom is no doubt part of its appeal.

Experienced gamers that like a good challenge may choose to play on hardcore mode or explore the more dangerous parts of the game like the Nether and End, whereas others may choose to just build freely in creative mode or build up a town in a peaceful world.

One of the game’s major selling points is the building aspect that gives players total freedom over what they want to create. There are hundreds of blocks available for players to use, with more being added with each update, allowing for a level of creativity unmatched by any other game.

It’s great that Minecraft provides an outlet for the more creative minds, and it’s especially great for children because being able to think for themselves and express their creativity is an important part of growing up.

Not only is Minecraft good fun to play alone, but it’s also a social activity that can be enjoyed with friends! Two or more players can enter the same world and go on adventures together or collaborate on building projects, and it’s a great way to bond and build up relationships. There are even hundreds of different mini-game servers around that anyone can go on, giving Minecraft players a virtually unlimited number of ways to have fun. Multiplayer is typically a great thing to have in a video game, and if it wasn’t in Minecraft, I doubt it’d be anywhere near as popular as it is today.

Lastly, let’s talk about the game updates, which have been rolling in consistently over the past few years. These updates are arguably the most important things for the overall health of the game as they introduce all kinds of new creatures, blocks, items, and environments for players to discover. They help to keep the game feeling fresh and new, and as long as they keep coming, the game is sure to remain popular indefinitely.

Minecraft doesn’t have breath-taking graphics or an intricate UI, and truth be told, it doesn’t really need those things. It’s the simplicity of the game that makes it both appealing and accessible to so many players around the world. Have you given the game a go yet? Did you enjoy it? Let us know in the comments below, we’d love to hear your thoughts!