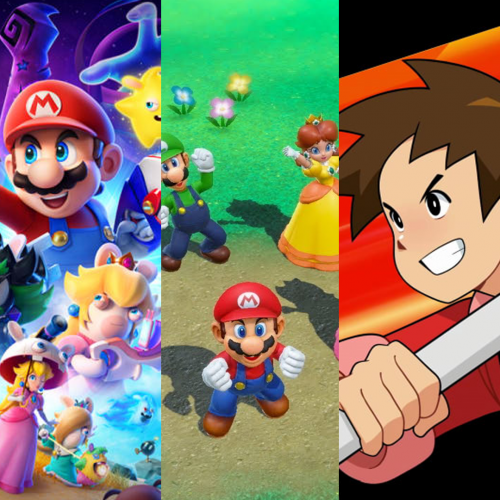 The Nintendo Switch is one of Nintendo’s most popular consoles, which can largely be attributed to its fantastic roster of exclusive games. From Super Mario Odyssey and Breath of the Wild to the recently released Metroid Dread, there are so many great games across a range of genres, so you’re guaranteed to find something you like.

If you’ve played everything already and exhausted your options, or are just excited to try something new, then you’re in luck, because there are a bunch of games coming out in the next few months on Nintendo Switch that you’re sure to love. We’re going to talk about some of the main ones in this article, so let’s get into it.

The long-awaited Pokémon Diamond and Pearl Remakes are finally here and are due to release on November 19, 2021. With updated graphics, recreated minigames, and a whole host of other cool features like the ability to customize both your trainer outfit and Pokéballs, the game is going to breathe life back into the Sinnoh region. Whether you grew up playing the original games or not, you should definitely give these remakes a go.

Mario + Rabbids Sparks of Hope is the sequel to the critically acclaimed Mario + Rabbids Kingdom Battle, bringing back beloved characters and introducing a bunch of new ones too. If you’re unfamiliar with the Mario + Rabbids series, it’s basically a turn-based tactical RPG where you have to carefully plan out your moves each round to defeat various enemies. The original game was surprisingly good, and this sequel is looking to be no different, so this is definitely one to look forward to.

Mario Party Superstars is a new entry in the Mario Party series, featuring classic boards from the N64 era that older Nintendo fans are sure to remember. With a range of different modes, minigames, and playable characters, it’s sure to be a boatload of fun and it’ll hopefully be better than its predecessor, Super Mario Party, which was lacking in a lot of ways.

Advance Wars 1+2: Re-Boot Camp is a remake of the first two Advance Wars games and its announcement came as a pleasant surprise to those of us watching the Nintendo E3 presentation earlier this year. With vibrant gameplay and memorable characters, this game is sure to be a hit, especially among fans of similar games like Fire Emblem.

Lastly, we’ve got Pokémon Legends: Arceus, which is due to release early next year. This isn’t a traditional Pokémon game, as a lot of the gameplay will take place in an open-world environment similar to what you see in Breath of the Wild. The game also takes place in the past, rather than in the modern world, so expect a brand new Pokémon experience free from computers and other kinds of technology. If you like Pokémon and are open to trying something new, then this is the game for you.

So, what do you think? Are you excited about any of the games on our list? Let us know down in the comments below! We’d love to hear your thoughts.